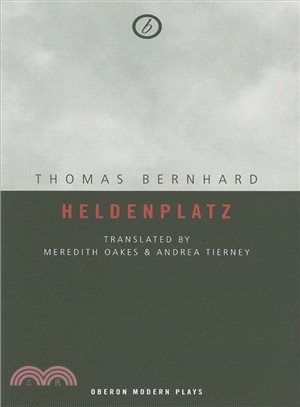 杜威分類：Literature and rhetoric > Literatures of Germanic languages in Germa
發表評論

A well known, controversial play. Opened at the Arcola Theatre in February 2010.
Meredith Oakes, an Australian playwright who has lived in London since 1970. She has written plays, adaptations, translations, opera texts and poems. She taught play-writing at Royal Holloway College and for the Arvon Foundation, and wrote music criticism for The Independent in London and The Daily Telegraph in Sydney, and is a regular contributor to magazines including The Listener.