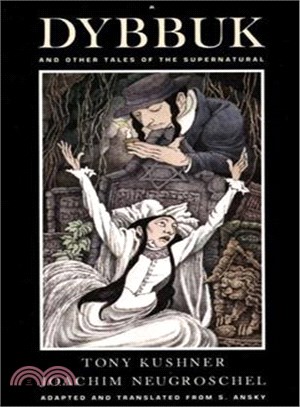 A stunning adaptation of S. Ansky's mystical dramatic legend The Dybbuk with previously unpublished folklore.
Tony Kushner's plays include A Bright Room Called Day and Slavs!; as well as adaptations of Corneille's The Illusion, Ansky's The Dybbuk, Brecht's The Good Person of Szecguan and Goethe's Stella. Current projects include: Henry Box Brown or The Mirror of Slavery; and two musical plays: St. Cecilia or The Power of Music and Caroline or Change. His collaboration with Maurice Sendak on an American version of the children's opera, Brundibar, appeared in book form Fall 2003. Kushner grew up in Lake Charles, Louisiana, and he lives in New York.
PrevNext