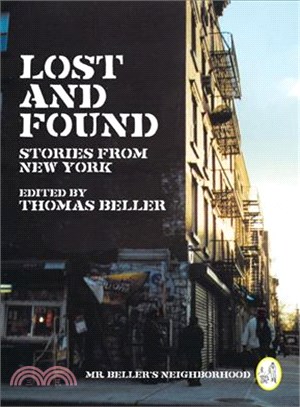 Acclaimed fiction writer Thomas Beller culls anew volume of essays, vignettes, and tales of the city from the literary Web site Mr. Beller's Neighborhood, one of the premier venues for the urban sketch on the Internet.

Lost and Found, Volume II of the series, is a mosaic of voices, drawing on the diverse experiences of such New Yorkers as a frequent patron of Manhattan sex clubs, a diamond dealer on 47th Street, and a doorman on the Upper East Side. The book features manyexciting new voices (Said Sayrafiezadeh, Rachel Sherman, Bryan Charles) alongside work by well-known writers, including Phillip Lopate, Jonathan Ames, Alicia Erian, Madison Smartt Bell, and Edmund White.

Taken together, the essays, reportage, and vignettes in Lost and Found are a testament to the vitality, diversity, and complexity of New York City, a reflection of the churning thoughts, wishes, and fantasies of the myriad faces on the city's streets.