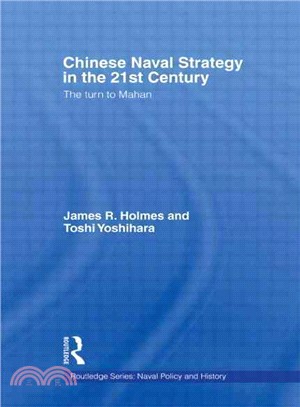 Alfred Thayer Mahan has been called America’s nineteenth-century ‘evangelist of sea power’ and the intellectual father of the modern US Navy. His theories have a timeless appeal, and Chinese analysts now routinely invoke Mahan’s writings, exhorting their nation to build a powerful navy.

Economics is the prime motivation for maritime reorientation, and securing the sea lanes that convey foreign energy supplies and other commodities now ranks near or at the top of China’s list of military priorities. This book is the first systematic effort to test the interplay between Western military thought and Chinese strategic traditions vis-a-vis the nautical arena. It uncovers some universal axioms about how theories of sea power influence the behaviour of great powers and examines how Mahanian thought could shape China’s encounters on the high seas. Empirical analysis adds a new dimension to the current debate over China’s ‘rise’ and its importance for international relations. The findings also clarify the possible implications of China’s maritime rise for the United States, and illuminate how the two powers can manage their bilateral interactions on the high seas.

Chinese Naval Strategy in the 21st Century will be of much interest to students of naval history, Chinese politics and security studies.