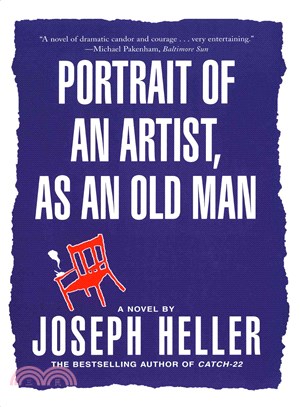 Imagine that the novelist -- his name here is Eugene Pota -- realizes that the days are dwindling and he needs to come up with one more novel. But what should he write? That first novel, the one that launched him, the one that made him into the cultural icon he seems fated to remain, has become a touchstone for his life, and his life since has pretty much been a critical failure. And now, when he is faced with the compulsion to write one more novel, to take a stab at the even bigger one, what should it be?

Portrait of an Artist, as an Old Man follows the journey that Eugene Pota undertakes as he sifts through the detritus of his life in an effort to settle on a subject for his final work. He talks to everyone, including his wife, his old lovers, and his editor. While everyone has ideas, no one offers any real answers. Written with sections that alternate between Pota's real-life efforts to settle on what novel to write and his many and various false starts writing that novel, Portrait of an Artist, as an Old Man is a rare and enthralling look into the artist's search for creativity.

Joseph Heller was born in Brooklyn in 1923. In 1961 he published Catch-22, which became a bestseller as well as a film in 1970. He went on to write such novels as Something Happened, God Knows, Picture This, and Closing Time (the sequel to Catch-22). Heller died in December 1999.
PrevNext