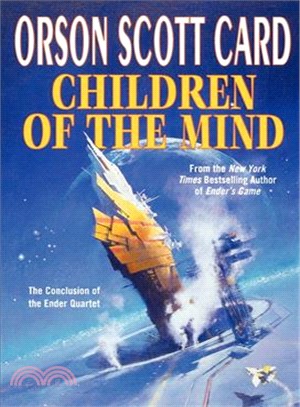 The planet Lusitania is home to three sentient species: the Pequeninos; a large colony of humans; and the Hive Queen, brought there by Ender. But once against the human race has grown fearful; the Starways Congress has gathered a fleet to destroy Lusitania.

Jane, the evolved computer intelligence, can save the three sentient races of Lusitania. She has learned how to move ships outside the universe, and then instantly back to a different world, abolishing the light-speed limit. But it takes all the processing power available to her, and the Starways Congress is shutting down the Net, world by world.

Soon Jane will not be able to move the ships. Ender's children must save her if they are to save themselves.

Born in Richland, Washington in 1951, Orson Scott Card grew up in California, Arizona, and Utah. He lived in Brazil for two years as an unpaid missionary for the Mormon Church and received degrees from Brigham Young University (1975) and the University of Utah (1981). The author of numerous books, Card was the first writer to receive both the Hugo and Nebula awards for best novel two years in a row, first for Ender's Game and then for the sequel Speaker for the Dead. He lives with his wife and children in North Carolina.
PrevNext