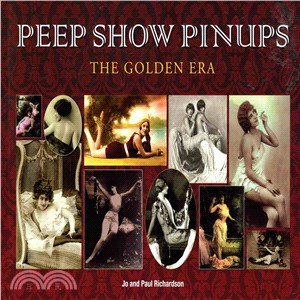 In 1839 Louis Jacques Mande unveiled the daguerreotype upon the world and it became possible to produce erotic images of real women taken in real time. After its first stumbling technical steps, this new medium of photography opened up unforeseen worlds, including the world of glamour and eroticism, to a mass market. This book charts the early years of sexually driven photography of women, pioneered in France but spreading through Europe and across to North America, from the 1840s until the 1930s. It offers sketches of the studios, the photographers, and the models, and follows the changes in the medium from the fragile daguerreotype to the first printed cabinet cards and the mass market saucy postcards. It explains the experiments that allowed the introduction of color and the illusion of three dimensions and movement into the medium, and the shifting balance between the demands of the market and the strictures of the law. Above all it offers a wonderful selection of images of women from a past but recognizable era. The authors acknowledge the issues of commercial, racial, and sexual exploitation that were present from those earliest days of erotic photography until today, but this book is also a celebration of sensuality, fun, style, and joie de vivre in what may be regarded as its golden era.
PrevNext