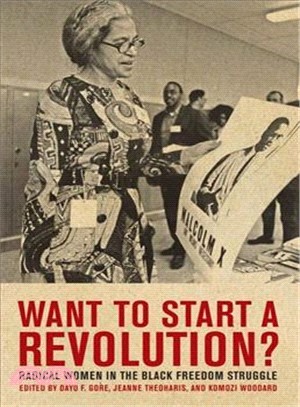 The story of the black freedom struggle in America has been overwhelmingly male-centric, starring leaders like Martin Luther King, Jr., Malcolm X, and Huey Newton. With few exceptions, black women have been perceived as supporting actresses; as behind-the-scenes or peripheral activists, or rank and file party members. But what about Vicki Garvin, a Brooklyn-born activist who became a leader of the National Negro Labor Council and guide to Malcolm X on his travels through Africa? What about Shirley Chisholm, the first black Congresswoman?

From Rosa Parks and Esther Cooper Jackson, to Shirley Graham DuBois and Assata Shakur, a host of women demonstrated a lifelong commitment to radical change, embracing multiple roles to sustain the movement, founding numerous groups and mentoring younger activists. Helping to create the groundwork and continuity for the movement by operating as local organizers, international mobilizers, and charismatic leaders, the stories of the women profiled in Want to Start a Revolution? help shatter the pervasive and imbalanced image of women on the sidelines of the black freedom struggle.