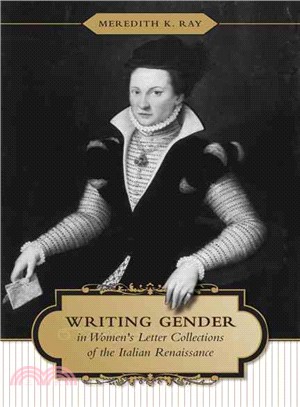 During the Italian Renaissance, dozens of early modern writers published collections of private correspondence, using them as vehicles for self-presentation, self-promotion, social critique, and religious dissent. Writing Gender in Women's Letter Collections of the Italian Renaissance examines the letter collections of women writers, arguing that these works were a studied performance of pervasive ideas about gender as well as genre, a form of self-fashioning that variously reflected, manipulated, and subverted cultural and literary conventions regarding femininity and masculinity.

Meredith K. Ray presents letter collections from authors of diverse backgrounds, including a noblewoman, a courtesan, an actress, a nun, and a male writer who composed letters under female pseudonyms. Ray's study includes extensive new archival research and highlights a widespread interest in women's letter collections during the Italian Renaissance that suggests a deep curiosity about the female experience and a surprising openness to women's participation in this kind of literary production.