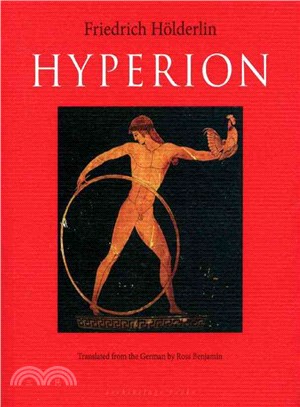 A Greek hermit recounts the pivotal phases of his life, from his discovery of the vanished glory of antiquity, through his encounter with his beloved Diotima, who embodies his goal of merging with "the All of nature," to his participation in a Greek uprising against Ottoman Turkish tyranny.
Friedrich Holderlin (1770-1843) achieved recognition as one of the greatest German poets of lyrical verse. Schoolmate of Hegel and Schelling, Holderlin's poems contain threads of philosophical thinking and Greek dramatic themes. Holderlin wrote Hyperion, his only extended prose work, shortly before being institutionalized for his mental instabilities. Ross Benjamin is a freelance writer and translator living in Brooklyn, New York. His work has appeared in The New York Times, Bookforum, The Nation, Metamorphoses: A Journal of Literary Translation and other publications. He was a 2003-2004 Fulbright Scholar in Berlin and a 2005 Woolrich Writing Fellow at Columbia University.
PrevNext