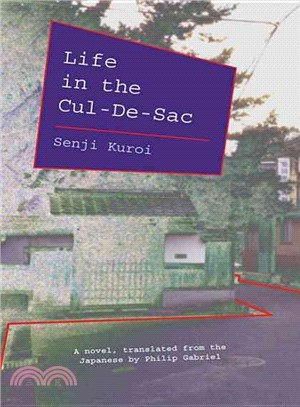 One of the most important Japanese novels of the last two decades, winner of the Tanizaki Prize

Meet the households Kiuchi, Takigawa, Yasunaga, and Oda…. In this gently twisted domestic fable, award-winning novelist Senji Kuroi explores modern Japan through the lives of four families who live on a typical street in suburban Tokyo. Beset by visions, uncomfortable marriages, and strange rumblings of the past and future, these "traditional" Japanese families find the world both magical and perplexing. Are things falling apart or coming together? Is any of this real? Originally serialized as twelve interleaved stories, Life in the Cul-De-Sac is an intriguing and entertaining novel from a gifted writer and observer.

Senji Kuroi is one of postwar Japan's most important novelists. Philip Gabriel translated Haruki Murakami's South of the Border, West of the Sun.

From the Translator's Afterword:

"Taken together, Kuroi's twelve stories of these four families highlight two main issues of concern not just in Japan but in all industrialized countries-the loss of community and the changing roles of women. . . . Instead of the vaunted Japanese 'group ethic,' Life in the Cul-de-Sac depicts a society of disconnected individuals, of monads cut off from meaningful relationships within their family and with those around them. For most of these characters knowledge of their neighbors comes in whispered speculation and in furtive glimpses through the curtains, while within the home husband and wife, parents and children, talk at cross-purposes. This is a new kind of Japanese 'floating world.'. . ."