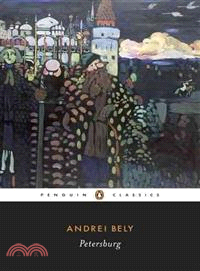 "The most important... Russian novel of the 20th century."
-The New York Times Book Review

Considered Andrei Bely's masterpiece, Petersburg, is a pioneering modernist novel, ranked in importance alongside Ulysses, The Metamorphosis, and In Search of Lost Time, that captures Russia's capital during the short, turbulent period of the first socialist revolution in 1905. Exploring themes of history, identity, and family, it sees the young Russian Nikolai Ableukhov chased through the misty Petersburg streets, tasked with planting a bomb intended to kill a government official-his own father. Bely draws on news, fashion, psychology, and ordinary people to create a distinctive and timeless literary triumph.

David McDuff was educated at the University of Edinburgh and has translated a number of works for Penguin Classics, including Dostoyevsky’s The Brothers Karamazov.