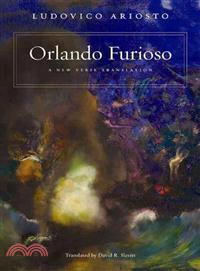 The appearance of David R. Slavitt’s translation of Orlando Furioso (“Mad Orlando”), one of the great literary achievements of the Italian Renaissance, is a publishing event. With this lively new verse translation, Slavitt introduces readers to Ariosto’s now neglected masterpiece—a poem whose impact on Western literature can scarcely be exaggerated. It was a major influence on Spenser’s Faerie Queene. William Shakespeare borrowed one of its plots. Voltaire called it the equal of the Iliad, the Odyssey, and Don Quixote combined. More recently, Italo Calvino drew inspiration from it. Borges was a fan. Now, through translations of generous selections from this longest of all major European poems, Slavitt brings the poem to life in ways previous translators have not.

At the heart of Ariosto’s romance are Orlando’s unrequited love for the pagan princess Angelica and his jealous rage when she elopes. The action takes place against a besieged Paris, as Charlemagne and his Christian paladins defend the city against the Saracen king. The poem, however, obeys no geography or rules but its own, as the story moves by whim from Japan to the Hebrides to the moon; it includes such imaginary creatures as the hippogriff and a sea monster called the orc.

Orlando Furioso is Dante’s medieval universe turned upside down and made comic. Characterized by satire, parody, and irony, the poem celebrates a new humanistic Renaissance conception of man in an utterly fantastical world. Slavitt’s translation captures the energy, comedy, and great fun of Ariosto’s Italian.