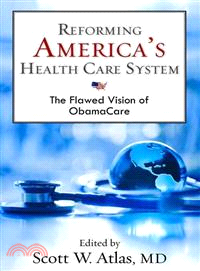 Amid much controversy in March 2010, Congress passed President Barack Obama’s sweeping legislation to fundamentally transform America’s health care system in the Patient Protection and Affordable Care Act (PPACA).?In?Reforming America’s Health Care System,?health policy experts from the United States, Canada, and Western Europe discuss both what to expect from the recent health reform legislation and alternatives that should still be considered. They offer critical appraisals of numerous aspects of the new law, looking at the individual mandate to buy insurance, the threats to medical innovation, the reduction of choice to consumers, and the complexities of medical malpractice reform.? In addition they examine lessons learned from state health reforms, the Canadian government’s control of access to care, and the Western European government’s oversight of comparative effectiveness.

The contributors stress that although?government can be a positive piece of the health care puzzle by facilitating competitive markets, it is the marketplace that can provide more choices, better care, higher quality, and cost based on value. Innovation, they argue, comes from the private sector, not government, and there is no reason that the health insurance industry would be an exception. If Congress enacts reforms that remove artificial barriers and constructively open markets to competition, private-sector creativity will generate innovative, low-cost insurance products for tens of millions of consumers and facilitate innovations in medical care that have been the linchpin of improved health care during the past several decades.?Such genuine reforms would bring down the cost of insurance, reduce the number of uninsured, increase individual choice, and empower Americans to make value-based decisions for their families.