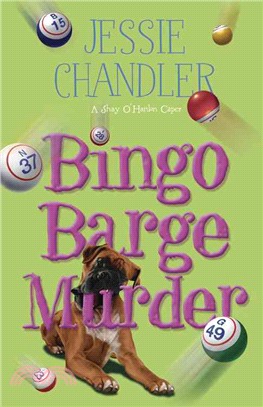 As co-owner of The Rabbit Hole, a quirky-cool Minneapolis coffee shop, Shay O'Hanlon finds life highly caffeinated but far from dangerous. That is, until her lifelong friend Coop becomes a murder suspect. The victim was Kinky, Coop's former boss and the unsavory owner of The Bingo Barge, a sleazy gambling boat on the Mississippi. The weapon? Kinky's lucky bronzed bingo marker.

While unearthing clues to absolve Coop, Shay encounters Mafia goons hunting for some extremely valuable nuts. Looking for the murderer without help from the cops proves risky—especially with distracting sparks flying between Shay and the beautiful yet fierce Detective Bordeaux. When Shay's elderly friend and landlady is held for ransom by the mob, all bets are off. Can Shay find the killer before the stakes get any higher?

Jessie Chandler is the author of the Shay O'Hanlon Caper series, the Vice President of the Twin Cities chapter of Sisters in Crime, and a member of Mystery Writer's of America. Her debut novel,Bingo Barge Murder, won the Ann Bannon Popular Choice Award from the Golden Crown Literary Society. In her spare time, Chandler sells unique, artsy T-shirts and other assorted trinkets to unsuspecting conference and festival goers. She is a former police officer and resides in Minneapolis. Visit her online at JessieChandler.com.