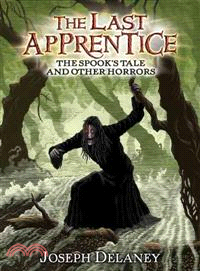 The Last Apprentice series follows the terrifying adventures of the Spook's apprentice, Thomas Ward, as he learns to battle the monsters of the dark and keep the county safe. But Tom's is only one story.

The Spook himself was once an apprentice. How did he begin his training? How did Alice, a young witch and Tom's closest ally, overcome her dark past? How did the assassin Grimalkin become the most deadly and feared witch in the county? And you'll discover the rest of the county's menacing villains, collected in a gallery of horrors, and relive the vicious battles waged against them.