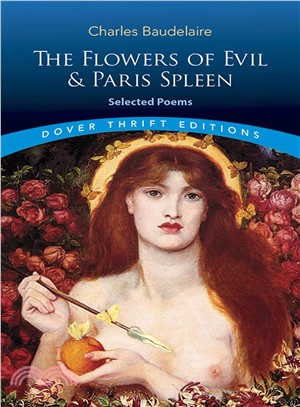 Sex and death, rebellion, corruption — the themes of Baudelaire's sensual poems sparked outrage upon their 1857 publication. This unique collection captures the fevered spirit of the transition from Romanticism to Modernism with definitive translations of 51 poems from Flowers of Evil, plus 14 prose poems from the posthumously published Paris Spleen.
Poet, critic, and translator Charles Baudelaire (1821-67) was deeply affected by Gothic novels and the works of Edgar Allan Poe. A leading figure of the Decadent movement, he exercised enormous influence over subsequent poets and authors, including Rimbaud, Proust, and Eliot. He published his first and most famous book of poems, Flowers of Evil,at the age of 36 and died less than a decade later, after a life shadowed by debt, drug abuse, and disease.
Translator Walter Fowlie was the James Duke Professor of French at Duke University.
PrevNext