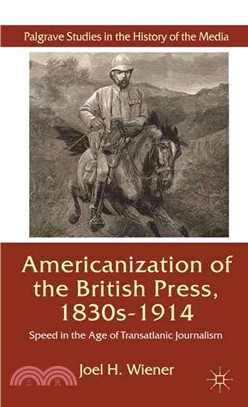 This is the first book to compare and contrast the history of journalism in Britain and America during the nineteenth and early twentieth century. It traces the emergence on both sides of the Atlantic of mass circulation newspapers with millions of readers and explores seminal cross-cultural and literary issues such as the impact of increased literacy and the evolution of a democratic culture. Key aspects of modern print journalism are explored, including sports and crime reporting, gossip columns, headlines, front-page news, comic strips, advertisements, the widespread use of pictures, human-interest stories, war reporting and the emergence of women in journalism. Above all, the impact of speed and technological innovation are considered, with primary emphasis on the telegraph, typewriter and telephone. Likewise, the histories of key transatlantic newspapers are analyzed, as are the careers of influential journalists and press barons such as James Gordon Bennett, Alfred Harmsworth, Joseph Pulitzer, W. T. Stead, T. P. O'Connor and William Randolph Hearst.
JOEL H. WIENER is Professor Emeritus of History at the City University of New York, USA. He has published and edited many books and articles on British press history and aspects of Nineteenth- and Twentieth-century British History. His books include The War of the Unstamped (1969) and Papers for the Millions: the New Journalism in Britain, 1850s to 1914 (1988). Professor Wiener is also a former president of the Research Society for British Periodicals.
PrevNext