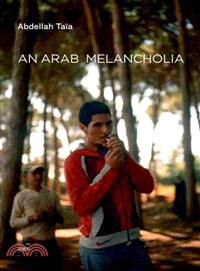 I had to rediscover who I was. And that's why I left the apartment.... And there Iwas, right in the heart of the Arab world, a world that never tired of making the same mistakes overand over.... I had no more leniency when it came to the Arab world... None for the Arabs and nonefor myself. I suddenly saw things with merciless lucidity....-- An ArabMelancholia

Sale, near Rabat. The mid 1980s. A lower-class teenager isrunning until he's out of breath. He's running after his dream, his dream to become a moviedirector. He's running after the Egyptian movie star, Souad Hosni, who's out there somewhere, milesaway from this neighborhood--which is a place the teenager both loves and hates, the home at whichhe is not at home, an environment that will only allow him his identity through the cultural lens ofshame and silence. Running is the only way he can stand up to the violence that is hisMorocco.

Irresistibly charming, angry, and wry, this autobiographical novel tracesthe emergence of Abdellah Taia's identity as an openly gay Arab man living between cultures. Thebook spans twenty years, moving from Sale, to Paris, to Cairo. Part incantation, part polemic, andpart love letter, this extraordinary novel creates a new world where the self is effaced by desireand love, and writing is always an act of discovery.

Abdellah Taia (b. 1973) is the first openly gay autobiographical writer published in Morocco. Though Moroccan, he lives in Paris. He is the author of Mon Maroc and Le rouge du tarbouche, both translated into Dutch and Spanish, and Salvation Army (published by Semiotext(e) in English in 2009). He also appeared in Remi Lange's 2004 film Tarik el Hob (released in English as The Road to Love).