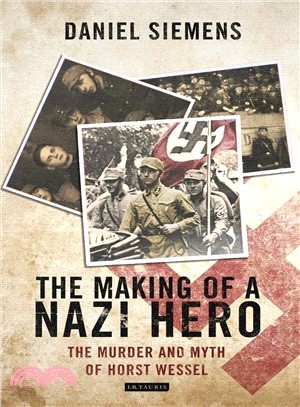 On January 14, 1930, Horst Wessel, a young and ambitious member of the SA, was shot at close range and killed outside his home in Berlin. Joseph Goebbels, whose attention had already been drawn to Wessel as a possible future Nazi leader, was the first to recognize the propaganda potential of the case. "A young martyr for the Third Reich," he wrote in his diary on February 23, 1930, immediately after receiving the news of his death. This was the beginning of the myth-making of what were essentially a very ordinary individual and a very ordinary crime. Horst Wessel became the hero of the Nazi movement and the song Die Fahne Hoch for which Wessel had written the lyrics (and which subsequently became popularly known as the "Horst Wessel Song") became the official Nazi party anthem. Daniel Siemens here provides a fascinating and gripping account of the background to Horst Wessel’s murder and uncovers how and why the Nazis made him a political hero. At the same time, it is a portrait of the Nazi propaganda machine at its most effective and most chilling.
Daniel Siemens is a historian of Nazi Germany and DAAD Francis Carsten Lecturer in Modern German History at the School of Slavonic and Eastern European Studies (SSEES), University College London. He contributes to various daily newspapers in Germany, including the Frankfurter Allgemeine Zeitung and the Suddeutsche Zeitung.
PrevNext