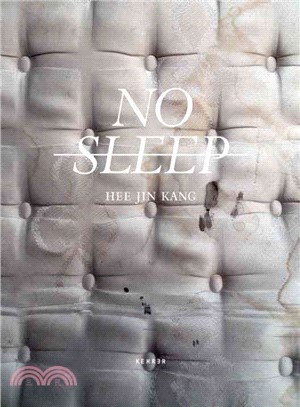 For her series No Sleep, Hee Jin Kang photographs mattresses abandoned on the streets of New York City, mostly in Brooklyn. Kang's work reveals the unexpected beauty and strangeness of these found urban still lifes. The discarded beds are pathetic, monolithic, and architectural. They lay naked against walls and on curbs, sometimes seedy and sometimes luminous.

Hee Jin Kang, based in Brooklyn, New York, has exhibited her work internationally, including at the Hayward Gallery, London; the Musee de l'Elysee, Lausanne; and Culturgest, Lisbon. No Sleep, with an introduction by Jonathan Ames, is her first monograph.

Hee Jin Kang (*1974 in Seoul, Korea), based in Brooklyn, New York, came to the US with her Korean parents when she was three years old. In her other photographic projects like "Sandy’s Deli" (a series about her parents’ corner shop), she tries to depict the main issues in life through captivating seemingly meaningless everyday objects and still lifes. Hee Jin Kang has exhibited her work internationally, including at the Hayward Gallery, London, the Musee de l’Elysee, Lausanne, and Culturgest, Lisbon.

Jonathan Ames (born March 23, 1964 is an American author who has written a number of novels and comic memoirs. He was a columnist for the New York Press for several years, and became known for self-deprecating tales of his sexual misadventures. He also has a long-time interest in boxing, appearing occasionally in the ring as "The Herring Wonder".In 2009, he created the HBO television series Bored to Death.
PrevNext