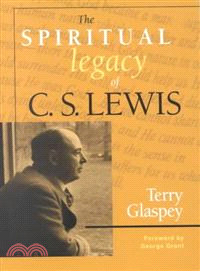 As one of the most brilliant and creative minds of the twentieth century, C. S. Lewis crosses over all literary, philosophical, and religious boundaries. A world-renowned scholar of medieval literature at Oxford University, he was able to write and lecture in such clear, direct language that ordinary men and women were fully able to comprehend the truths he extolled. He was a successful writer, the prolific author of such classic masterpieces as The Screwtape Letters, The Chronicles of Narnia, The Problem of Pain, and Mere Christianity. Moreover, his life was as compelling as his work. This perspective informs the play and feature film Shadowlands, which only reinforces his uniqueness all the more.

In this exposition of Lewis's legacy, Terry Glaspey offers a clear view of the character of this extraordinarily gifted man who believed that his sharp mind and rich imagination were to be accompanied by a sense of responsibility to the wider world. Thus this book demonstrates why, two generations after his death, Lewis continues to be numbered among our best-selling authors and our most influential thinkers.