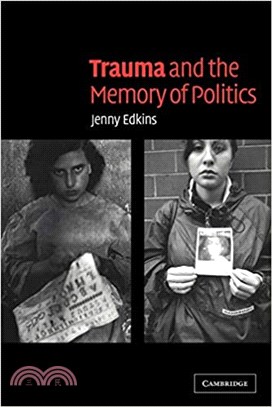 In this interesting study, Jenny Edkins explores how we remember traumatic events such as wars, famines, genocides and terrorism, and questions the assumed role of commemorations as simply reinforcing state and nationhood. Taking examples from the World Wars, Vietnam, the Holocaust, Kosovo and September 11th, Edkins offers a thorough discussion of practices of memory such as memorials, museums, remembrance ceremonies, the diagnosis of post-traumatic stress and the act of bearing witness. She examines the implications of these commemorations in terms of language, political power, sovereignty and nationalism. She argues that some forms of remembering do not ignore the horror of what happened but rather use memory to promote change and to challenge the political systems that produced the violence of wars and genocides in the first place. This wide-ranging study embraces literature, history, politics and international relations, and makes a significant contribution to the study of memory.

List of illustrations; Preface; 1. Introduction: trauma, violence and political community; 2. Survivor memories and the diagnosis of trauma: the Great War and Vietnam; 3. War memorials and remembrance: the London Cenotaph and the Vietnam Wall; 4. Concentration camp memorials and museums: Dachau and the US Holocaust Memorial Museum; 5. Testimony and sovereign power after Auschwitz: Holocaust witness and Kosovo refugees; 6. Conclusion: the return of the political - the memory of politics; Bibliography; Index.
PrevNext