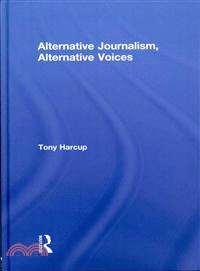 Bringing together new and classic work by Tony Harcup, this book considers the development of alternative journalism from the 1970s up until today.

Bringing theory and practice together, Harcup builds an understanding of alternative media through the use of detailed case studies and surveys. Including opinions of journalists who have worked in both mainstream and alternative media, he considers the motivations, practices and roles of alternative journalism as well as delving into ethical considerations.

Tony Harcup is Senior Lecturer at the Department of Journalism Studies, University of Sheffield. His previous publications include: Journalism: Principles and Practice (2nd ed, 2009); The Ethical Journalist (2007); Newspaper Journalism (2010, co-authored with Peter Cole) and A Northern Star: Leeds Other Paper and the alternative press 1974-1994 (1994).