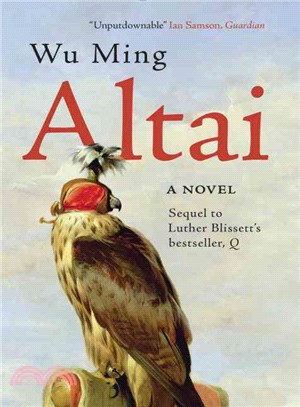 When Q was first published in1999, it was an international sensation; returning to the same world of thatextraordinary novel Altai is acaptivating story of betrayal, beliefs and the clash of civilizations.

When a fire breaks out in the Arsenal of Venice in 1569,everyone suspects Joseph Nasi, number-one enemy of the republic. But it is theenigmatic Emmanuele De Zante, spy catcher and agent of the Venetian secretservice, who finds himself in jail accused of treason, having been betrayed byhis lover.

When De Zante is offered the chance to escape, he embarkson an odyssey that takes him to Salonica, the Jerusalem of the Balkans, andfrom there, all the way to the Sultan’s palace in Constantinople. Spiralingthrough a series of deadly political games, De Zante’s voyage will test hisloyalty and force him to question even his own identity. Together, De Zante andhis companions head toward a conflict that threatens the very nature ofcivilization.

A historical epic spanning a continent scarred by war, Altai went straight into the bestsellerslist when first published in Italy. It is a coruscating portrait of the dividedworld—east meets west—in the sixteenth century,where the great empires of the Republic of Venice and the Ottomans are on theverge of an epoch-making conflict. In this dramatic landscape, the authors’collective Wu Ming creates a powerful narrative of danger, identity, andadventure.

Wu Ming is a collective of four Italian fiction writers based in Bologna, Italy. Wu Ming’s books include the bestselling novel Q (under the former pseudonym Luther Blissett), which was nominated for the Guardian First Book Award, and Manituana. Their website is www.wumingfoundation. com.
PrevNext