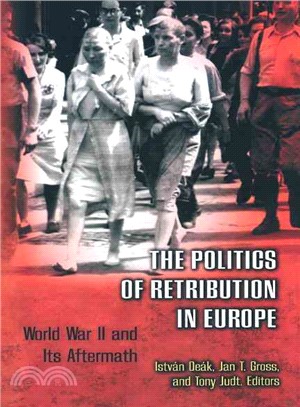 The presentation of Europe's immediate historical past has quite dramatically changed. Conventional depictions of occupation and collaboration in World War II, of wartime resistance and post-war renewal, provided the familiar backdrop against which the chronicle of post-war Europe has mostly been told. Within these often ritualistic presentations, it was possible to conceal the fact that not only were the majority of people in Hitler's Europe not resistance fighters but millions actively co-operated with and many millions more rather easily accommodated to Nazi rule. Moreover, after the war, those who judged former collaborators were sometimes themselves former collaborators. Many people became innocent victims of retribution, while others--among them notorious war criminals--escaped punishment. Nonetheless, the process of retribution was not useless but rather a historically unique effort to purify the continent of the many sins Europeans had committed. This book sheds light on the collective amnesia that overtook European governments and peoples regarding their own responsibility for war crimes and crimes against humanity--an amnesia that has only recently begun to dissipate as a result of often painful searching across the continent.

In inspiring essays, a group of internationally renowned scholars unravels the moral and political choices facing European governments in the war's aftermath: how to punish the guilty, how to decide who was guilty of what, how to convert often unspeakable and conflicted war experiences and memories into serviceable, even uplifting accounts of national history. In short, these scholars explore how the drama of the immediate past was (and was not) successfully "overcome." Through their comparative and transnational emphasis, they also illuminate the division between eastern and western Europe, locating its origins both in the war and in post-war domestic and international affairs. Here, as in their discussion of collaborators' trials, the authors lay bare the roots of the many unresolved and painful memories clouding present-day Europe.

Contributors are Brad Abrams, Martin Conway, Sarah Farmer, Luc Huyse, Laszlo Karsai, Mark Mazower, and Peter Romijn, as well as the editors. Taken separately, their essays are significant contributions to the contemporary history of several European countries. Taken together, they represent an original and pathbreaking account of a formative moment in the shaping of Europe at the dawn of a new millennium.

Istvan Deak is Seth Low Professor of History at Columbia University and the author of, among other books, Beyond Nationalism: A Social and Political History of the Habsburg Officer Corps, l848-1918. Jan T. Gross is Professor of Politics and European Studies at New York University. He is the author of, among other books, Revolution from Abroad: Soviet Conquest of Poland's Western Ukraine and Western Belorussia (Princeton). Tony Judt is Erich Maria Remarque Professor of European Studies at New York University. His many books include The Burden of Responsibility: Blum, Camus, and the French Twentieth Century.
PrevNext