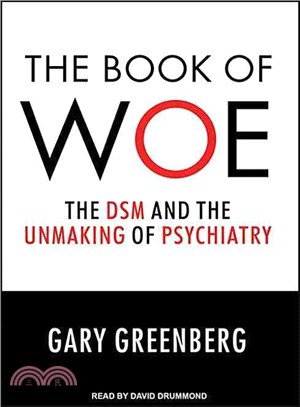 Author and psychotherapist Gary Greenberg charts the DSM's controversial history in a riveting book that is sure to spark debate among expert and casual listeners alike.
Gary Greenberg is a practicing psychotherapist in Connecticut and the author of The Noble Lie. He has written about the intersection of science, politics, and ethics for many publications, including Harper's, the New Yorker, Wired, Discover, Rolling Stone, and Mother Jones, where he's a contributing writer. David Drummond has made his living as an actor for over twenty-five years, appearing on stages large and small throughout the country and in Seattle, Washington, his hometown. He has narrated over thirty audiobooks for Tantor, in genres ranging from current political commentary to historical nonfiction, from fantasy to military, and from thrillers to humor. He received an AudioFile Earphones Award for his first audiobook, Love 'Em or Lose 'Em: Getting Good People to Stay. When not narrating, David keeps busy writing plays and stories for children.
PrevNext