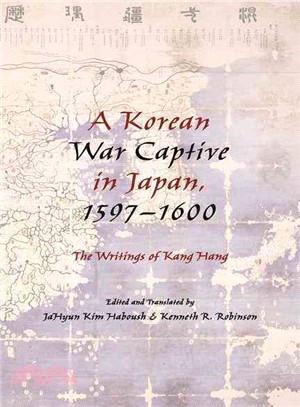 Kang Hang was a Korean scholar-official taken prisoner in 1597 by an invading Japanese army during the Imjin War of 1592--1598. While in captivity in Japan, Kang recorded his thoughts on human civilization, war, and the enemy's culture and society, acting in effect as a spy for his king. Arranged and printed in the seventeenth century as Kanyangnok, or The Record of a Shepherd, Kang's writings were extremely valuable to his government, offering new perspective on a society few Koreans had encountered in 150 years and new information on Japanese politics, culture, and military organization.

In this complete, annotated translation of Kanyangnok, Kang ruminates on human behavior and the nature of loyalty during a time of war. A neo-Confucianist with a deep knowledge of Chinese philosophy and history, Kang drew a distinct line between the Confucian values of his world, which distinguished self, family, king, and country, and a foreign culture that practiced invasion and capture, and, in his view, was largely incapable of civilization. Relating the experiences of a former official who played an exceptional role in wartime and the rare voice of a Korean speaking plainly and insightfully on war and captivity, this volume enables a deeper appreciation of the phenomenon of war at home and abroad.

JaHyun Kim Haboush (1941--2011) was King Sejong Professor of Korean Studies at Columbia University. Her publications included Epistolary Korea: Letters in the Communicative Space of the Choson, 1392--1910 and The Memoirs of Lady Hyegyong.

Kenneth R. Robinson is a historian of Korean-Japanese relations in the fourteenth to sixteenth centuries.