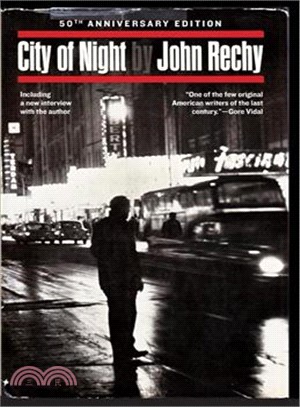 ?Rechy tells the truth, and tells it with such passion that we are forced to share in the life he conveys. This is a most humbling and liberating achievement.”?James Baldwin

When John Rechy’s explosive first novel appeared in 1963, it marked a radical departure from all other novels of its kind, and gave voice to a subculture that had never before been revealed with such acuity. It earned comparisons to Genet and Kerouac, even as Rechy was personally attacked by scandalized reviewers. Nevertheless, the book became an international best-seller and ushered in a new era of fiction, and fifty years later, it has become a classic. Bold and inventive in style, Rechy is unflinching in his portrayal of one hustling ?youngman” and his search for self-knowledge within the neon-lit world of hustlers, drag queens, and the denizens of their world. As the narrator moves from El Paso to Times Square, from Pershing Square to the French Quarter, Rechy delivers a portrait of the edges of America that has lost none of its power to move and exhilarate.

?One of the few major American writers whose life is almost as interesting, and meaningful, as his work.”?Michael Cunningham

?A ground-breaking book . . . observing a whole new array of characters . . . many for the first time in American literature. . . . A classic American novel.”?Edmund White, The New York Review of Books
John Rechy is the author of eleven other novels, among them the Los Angeles Times best-seller The Coming of the Night, Numbers, Rushes, The Miraculous Day of Amalia Gomez, and the nonfiction book The Sexual Outlaw (all from Grove Press), as well as plays, essays, and short stories.
PrevNext