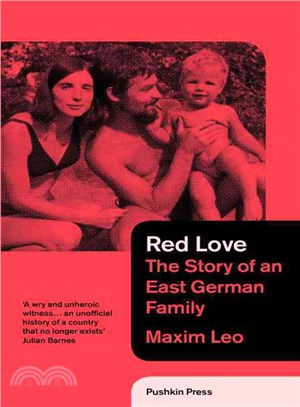 Maxim Leo was in his late teens when the Berlin Wall came down. In this book, he tells the story of his family, which was very much like the German Democratic Republic in miniature.
Maxim Leo was born in 1970 in East Berlin. He studied Political Science at the Free University in Berlin and at the Institut d'Etudes Politiques de Paris. Since 1997 he is Editor of the Berliner Zeitung. In 2002 he was nominated for the Egon-Erwin-Kisch Prize, and in the same year won the German-French Journalism Prize. He won the Theodor Wolff Prize in 2006. He lives in Berlin.

Shaun Whiteside translates from German, French, Italian and Dutch, having previously worked as a business journalist and television producer. His translations from German include works by Freud, Schnitzler, Musil and Nietzsche. His translation of Magdalena the Sinner by Lilian Faschinger won the 1996 Schlegel-Tieck Award. He is a former Chair of the Translators Association, and lives in London with his wife and son.