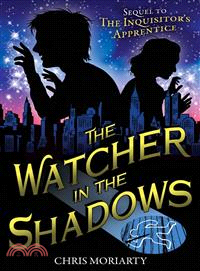 At the turn of the twentieth century, New York’s Bowery District becomes the scene of a terrible murder when the Klezmer King gets fried to a crisp by his Electric Tuxedo—on stage! The Inquisitor’s apprentice, thirteen-year-old Sacha Kessler, tries to help find the killer, but the closer he gets to solving the crime, the more it sounds as if the creature that haunted him in his first adventure is back. Worse still, his own family is in danger. Sacha has avoided learning magic until now, but as his world falls apart around him, he changes his mind.

Chris Moriarty is an award-winning science fiction writer who grew up in New York surrounded by a zany Jewish family much like Sacha’s. Her other books include Spin State and Spin Control, winner of the 2007 Philip K. Dick Award. She lives in upstate New York with her husband and two children. Visit her website at www.inquisitorsapprentice.com.
PrevNext