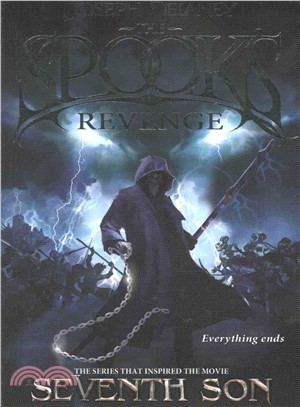 ‘He’s the seventh son of a seventh son. His name is Thomas J. Ward and he’s my gift to the County. When he’s old enough we’ll send you word. Train him well. He’ll be the best apprentice you’ve ever had and he’ll also be your last.’

These were the words of Tom's Mam to the county Spook some years ago. As Tom, the Spook and their allies prepare to battle with the Fiend on a huge scale, to finally enact their revenge, it now remains to be seen whether Mam's declaration will come true.

Joseph Delaney is a retired English teacher living in Lancashire. He has three children and seven grandchildren and is a wonderful public speaker available for conference, library and bookshop events. His home is in the middle of Boggart territory and his village has a boggart called the Hall Knocker, which was laid to rest under the step of a house near the church.

Most of the places in the Spook's books are based on real places in Lancashire. And the inspiration behind the stories often comes from local ghost stories and legends.
PrevNext