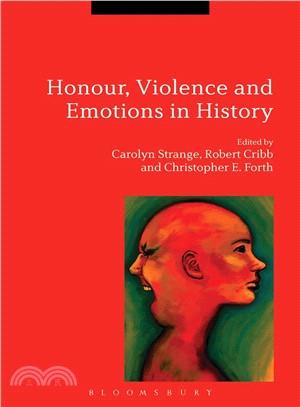 Honour, Violence and Emotions in History is the first book to study the connections between honour and violence by exploring their history across a broad range of cultures and regions, and by analysing those connections in light of emerging cross-disciplinary scholarship on the study of emotions. Leading cultural historians from around the world contribute essays to this volume and consider how emotions - particularly shame, anger, disgust, jealousy, despair and fear - have been provoked and expressed through culturally-embedded and historically specific understandings of honour, leading to acts of violence. A range of contexts, from 17th-century China to 18th-century South Africa and 20th-century America to modern India, are here used to examine the interrelationships between honour, violence and emotion in an important book for anyone interested in the cultural history of warfare and the emotions.
Robert Cribb is Professor in the School of History, Culture and Language at the Australian National University, Canberra, Australia.

Christopher E. Forth
is Professor of History and holds the Howard Chair of Humanities & Western Civilization at the University of Kansas, USA.