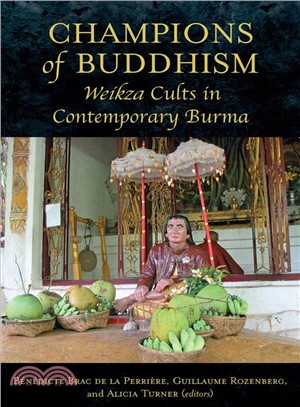 Hidden at the margins of Burmese Buddhism and culture, the cults of the?weikza?shape Burmese culture by bringing together practices of supernatural power and a mission to protect Buddhism. This exciting new research on an often hidden aspect of Burmese religion places?weikza?in relation to the Vipassana insight meditation movement and conventional Buddhist practices, as well as the contemporary rise of Buddhist fundamentalism. Featuring research based on fieldwork only possible in recent years, paired with reflective essays by senior Buddhist studies scholars, this book situates the?weikza?cult in relation to broader Buddhist and Southeast Asian contexts, offering interpretations and investigations as rich and diverse as the Burmese expressions of the?weikza?cults themselves.?Champions of Buddhism?opens the field to new questions, new problems, and new connections with the study of religion and Southeast Asia in general.?
PrevNext