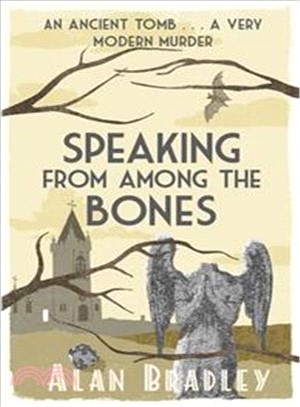 An ancient tomb, a pool of fresh blood - the latest baffling case for young detective Flavia de Luce.
The first thing I saw was a hand, and then the face, a ghastly inhuman mask...

'I do believe we've found Mr Collicutt,' I said.

When the tomb of St Tancred is opened, no one expects to find the body of the organist, lying in a pool of blood, his handsome features covered by a gas mask.

Eleven-year-old Flavia de Luce is intrigued. Why would anyone want to kill the much-admired organist in such a brutal and bizarre fashion? Why place his body in the tomb? And what happened to the remains of the previous occupant?

The mystery leads Flavia deep into the past, to a strange story of lost manuscripts and ancient relics...

Alan Bradley was born into a family of storytellers, who never stopped talking about the old days 'back home' in England - for which he is eternally grateful. He lives with his wife, Shirley, on the Isle of Man.
At once precocious and endearing, Flavia is a marvellous character. Quirkily appealing, this is definitely a crime novel with a difference — CHOICE

This is a clever, witty and totally gripping read with lots of surprises — ESSENTIALS