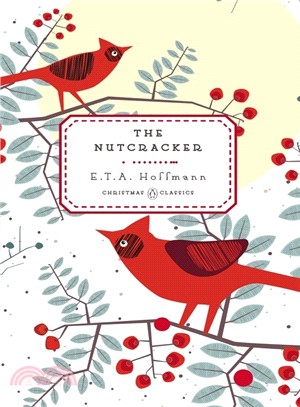 Truly stunning book design has become a Penguin Classics tradition. We now introduce a new must-have, collectible series featuring beautiful hardcover editions of some of the best-loved and bestselling Christmas titles of all time. Available in lovely holiday-themed packages, the series includes A Christmas Carol by Charles Dickens, A Merry Christmas by Louisa May Alcott, Christmas at Thompson Hall by Anthony Trollope, The Night Before Christmas by Nikolai Gogol, and The Nutcracker by E. T. A. Hoffman?treasured Christmas tales that make perfect stocking stuffers for readers of all ages.
E. T. A. Hoffmann (1776-1822) was one of the best known and most influential authors of his time. Phantasiestucke, his earliest collection of tales, appeared in 1814. This was followed three years later by Nachstucke and then in 1819-21 by Die Serapoins bruder. Among his longer works is his second and final novel, Die Lebensansichten des Katers Murr (The Life and Opinions of the Tomcat Murr), which represents the highpoint of his art. He exploited the grotesque and the bizarre in a manner unmatched by any other Romantic writer.