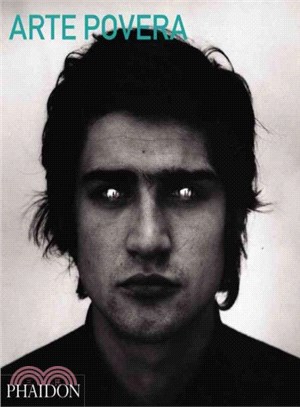 Edited by one of the world’s foremost authorities on the subject, Arte Povera is the most complete overview of this movement ever published.

Carolyn Christov‐Bakargiev is a writer and curator living in Rome, who has become an internationally recognized scholar of late twentieth’century Italian art. She has written extensively on the Arte Povera movement and published interviews and texts on artists such as Boetti, Pistoletto, Merz, Fabro and Kounellis. Bakargiev is also a noted curator of contemporary art internationally: her exhibitions include "Molteplici Culture", Rome, 1992 and a homage to John Cage which she co‐curated with Alanna Heiss for the 1993 Venice Biennale.

She was part of the curatorial team for the &quotlAntwerp 93 European Capital of Culture", devising the major international survey, "On Taking a Normal Situation and Re‐translating it into Overlapping and Multiple Readings of Conditions Past and Present". In 1996 Bakargiev curated a large‐scale survey on Italian post‐war artist Alberto Burri in Rome, Brussels and Munich. In 1997, she curated "Citta‐Natura": a city‐wide exhibition of international artists including Anselmo, Mario Merz, Marisa Merz, Pascali and Kounellis, held in Rome.