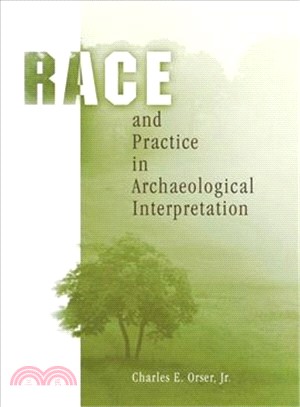 Scholars who investigate race--a label based upon real or perceived physical differences--realize that they face a formidable task. The concept has been contested and condoned, debated and denied throughout modern history. Presented with the full understanding of the complexity of the issue, Race and Practice in Archaeological Interpretation concentrates on the archaeological analysis of race and how race is determined in the archaeological record.

Most archaeologists, even those dealing with recent history, have usually avoided the subject of race, yet Charles E. Orser, Jr., contends that its study and its implications are extremely important for the science of archaeology. Drawing upon his considerable experience as an archaeologist, and using a combination of practice theory as interpreted by Pierre Bourdieu and spatial theory as presented by Henri Lefebvre, Orser argues for an explicit archaeology of race and its interpretation.

The author reviews past archaeological usages of race, including a case study from early nineteenth-century Ireland, and explores the way race was used to form ideas about the Mound Builders, the Celts, and Atlantis. He concludes with a proposal that historical archaeology--cast as modern-world archaeology--should take the lead in the archaeological analysis of race because its purview is the recent past, that period during which our conceptions of race developed.