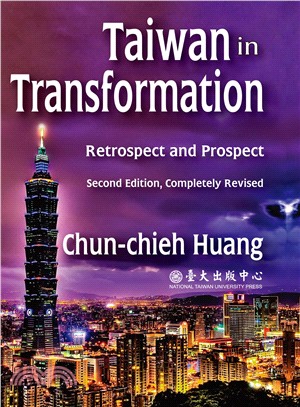 The late twentieth century witnessed rapid changes not only in Taiwan’s economy, but also in its identity. Both economic as well as ideological restructuring have been basic elements in the transformation of postwar Taiwan, as rapid democratization opened a Pandora’s Box, and stirred a whirlwind of social discord. This volume considers such important questions as whether the old Taiwanese work ethic is a relic of the past, and whether Taiwan is likely to become a battleground of ideological wars.

The book addresses Taiwanese nostalgia for Chinese culture; the rise and fall of postwar Taiwanese agrarian culture; the transformation of farmers’ social consciousness  in the period 1950–1970; the place of Confucianism in postwar Taiwan; and the awakening of the “self ” and the development of a Taiwanese national identity in the post–World War II period. Finally, it considers whether “mutual historical understanding” may be the basis for Taiwan-Mainland relations in the twentyfirst century. This second edition includes two new chapters on the history of Taiwan after World War II, incorporating additional developments in Taiwan in the past decade.

Insights extrapolated from an understanding of history are essential for grasping and solving the basic problems Taiwan now faces and, above all, the conflicted relationship between Taiwan and Mainland China. The book’s thematic undercurrent is the question of Taiwan and Mainland China: How do we deal with the tension between cultural China and political China?

“Professor Chun-chieh Huang has done magnificent work in rethinking the dynamics of Taiwan from an overarching perspective. In Taiwan in Transformation he looks into sources drawn from social, cultural, and intellectual inquires, identifies indigenous and diasporic contestations, and teases out the polemical elements in the contemporary debate about political and ethnic identities. Both historically engaged and theoretically provocative, Professor Huang’s book is a most important source for anyone interested in Taiwan studies.”
――David Der-wei Wang, Harvard University

“Taiwan in Transformation is a well-written, interesting book. It presents a wealth of historical and cultural material that explains how Taiwan transformed itself into one of the most powerful and efficient technology centers in the world, and why China and Taiwan seem to be sent on a collision course. With the US still committed to safeguarding the island’s autonomy and the People’s Republic now a great power on the international stage, Taiwan in Transformation has much to offer those in the defense and policy establishments.”
――MG Ralph O. Doughty, Military Review

“With rapid economic growth since the early 1970s and successful political democratization in the 1990s, Taiwan has presented itself as a very unique case of regime transformation in the Third World. . . . Taiwanese society underwent significant changes to define its self-identity, which has inevitably led to tensions with China……Chun-chieh Huang’s book, Taiwan in Transformation, is a brilliant review of post-war Taiwanese history in the context of changing socio-economic values and political ideologies, and I could not recommend it more highly……[T]o understand the complex nature of transformation in post-war Taiwan, Chun-chieh Huang’s is the book to read.”
――Shiyung Liu, The China Quarterly

This volume deals with the transformation of Taiwan, particularly during the latter half of the twentieth century, and it does so from a historical perspective. But what do we mean by these two words: Taiwan and transformation?

First, in terms of its culture and society, Taiwan must be regarded as a Chinese community. And yet it is more than this—it is the Chinese community par excellence. Therefore, we can analyze its “transformation” first in this cultural arena. The majority of Taiwanese are descendants of immigrants from the coastal regions of Fujian and Guangdong. As we shall see, these Taiwanese initially regarded the Mainland as their cultural and spiritual homeland. Chapter 1 deals with the vicissitudes of Taiwanese nostalgia for this cultural China, particularly in the period of Japanese colonization from 1895 to 1945. These feelings of cultural nostalgia swelled in Taiwan as a result of Japanese oppression. Ironically, they then very quickly waned under the harsh abuses of Chinese rule. Adding to the irony, this nostalgia for an idealized China all but evaporated precisely at the moment when Taiwan’s dream of joining the mother country was realized. This drastic change in Taiwanese sentiment was due largely to the corruption, discrimination, and abuses of power of the Nationalist government in 1950s. In the first chapter, we will consider political corruption and social oppression quickly led to the evaporation of any cultural nostalgia for the Mainland.

In the cultural arena, the transformation occurred primarily through Confucianism. In chapter 4, I identify three approaches to the study of Confucianism in postwar Taiwan: historical, philosophical (the “history of ideas”), and sociological. Drawing on questionnaires and statistical data, the latter approach was concerned with the actual contemporary situation in Taiwan and the survival of Confucian values in its society. The propagation of Confucian values in postwar Taiwan took place at two levels: official (through schools, government-sponsored publications, and social movements) and popular (largely spread through pamphlets published by local folk religion groups). At the official levels, the propagation of Confucian norms was strongly politicized: it was combined with modern nationalist sentiments and was promoted partly in response to anti-Confucianist movements in Mainland China(especially during the Cultural Revolution). Despite these limited official
aims, it can be said that Confucian scholars in Taiwan were still able to think and write freely, unfettered by overt official constraints.

Among the contemporary neo-Confucians in postwar Taiwan and Hong Kong, Xu Fuguan (1902–1982) stands out as a prominent figure. Chapter 5 examines the role Xu played in the intellectual history of China and Taiwan. Pondering China’s prospects for the future, Xu identified himself as (1) of the people, (2) practical-minded, and (3) based in the agrarian lifestyle. He formulated this identity in light of his study of Chinese culture. “Of the people” meant that he believed in setting up the people as the main political body, and thus he felt that China’s future lay in democratic government. By “practical-minded,” he meant that he approached China’s Confucian tradition critically, with a view to putting its principles into practice, rather than being interested in formulating a transcendental or formalistic philosophy. As for being “agrarian-based,” Xu’s vision of China’s future politics was that it should be established in the owner-cultivator class. Xu regarded these three aspects of his identity as complementary, not mutually exclusive. If China’s hope for future development lay in establishing the people as the main body of government, then the development and practice of Confucian principles had to go hand in hand with democratic rule. He felt that this practical particularly the ranks of toiling farmers and workers. Furthermore, democratic government had to be built upon the practical Confucianism implemented by the rural owner-cultivator class.

Postwar agricultural renewal and the resulting economic development began with a series of land reform policies. The first was the 37.5 percent rent reduction policy implemented in 1949, followed in 1952 by the policy of offering public lands for sale. Then in 1953, the“Land to the Tiller” policy was launched, which sought to rebalance Taiwan’s inequitable land ownership. This series of land reform measures had a far-reaching effect on Taiwan’s rural society. It reformed the old system of land tenure, boosted the owner-cultivator class, transferred land investment to industry and commerce, and stimulated increased agricultural production, thus laying the foundation for industrial development.

Beginning in 1953, a new agricultural policy was launched in Taiwan based on the principle of mutual promotion between agriculture and industry. Under this guiding principle, the agricultural policy during the next twenty years (until 1972) could be described as a “developmental squeeze”: measures were adopted to promote the expansion of agricultural production, while creating a surplus of manpower and materials which was then transferred out to non-agricultural sectors. From 1895 to 1960, most capital flowed into non-agricultural sectors, paving the way for rapid industrial expansion in the late 1960s. The developmental shift from agriculture to industry in postwar Taiwan set into motion a number of social and cultural changes, such as rapid
urbanization, population growth and demographic shifts, increased social mobility, expansion of educational opportunities, and expanded women’s rights and opportunities.

Some scholars hail these major postwar transformations as hallmarks of Taiwan’s “economic miracle.” Yet, as we shall see in chapter 3, this miracle has resulted in the loss of folk traditions, by shifting the collective social consciousness of Taiwan’s farmers away from a traditional moral economy (imbued with interpersonal, social feeling) toward a profit-oriented individualistic approach. This shift in values—as measured by attitudes toward landlords and the farmers’ associations—resulted from the penetration of outside forces, first under Japanese colonial rule and later under Kuomintang (KMT) rule, into what were basically self-sufficient farming communities. On the one hand, this transformation was a natural part of Taiwan’s overall shift from agriculture to industry. On the other hand, the transformation was not entirely positive. Something was lost with the passing of the peasant community, and individual farmers were cast adrift into the unknown waters of capitalist society, without a clear compass of cultural values.

Thus the so-called miracle in postwar Taiwan led to chain reactions associated with the shift in the mode of production. Culture, attitudes, and thought all changed, and Taiwan leaped from a traditional, hierarchical society into a twentieth-century individualist, egalitarian society.

II Prospect
6 Taiwan after Retrocession as Witnessed by the Mainlanders (1945–1949)
7 The Development of Taiwanese Consciousness:Retrospect and Prospect
8 “Mutual Historical Understanding”: The Basis for Taiwan-Mainland Relations in the Twenty-First Century
9 The Awakening of Individuality in the Cultural Development of Postwar Taiwan: A Twenty-First Century Perspective 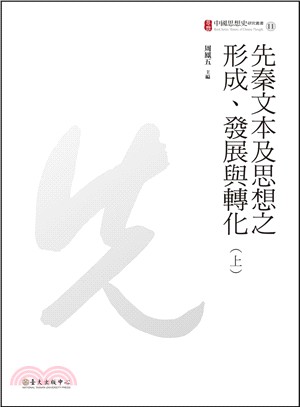 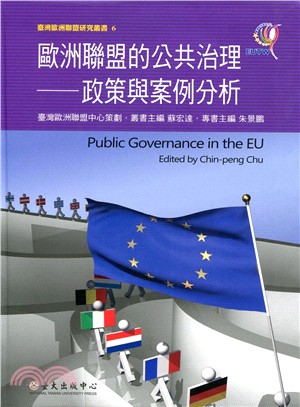 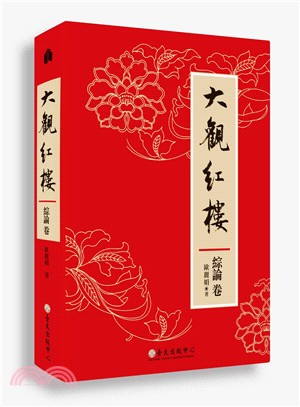 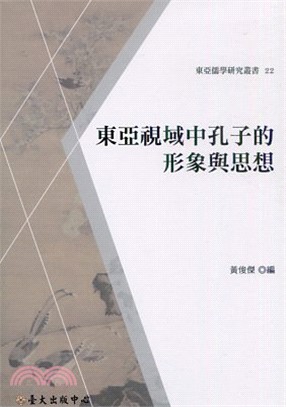 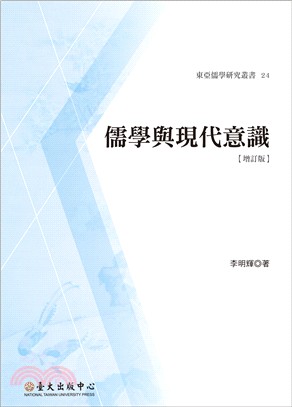 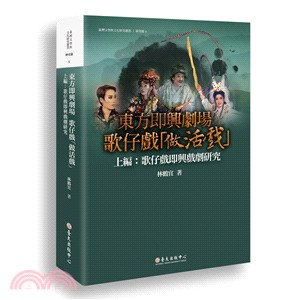