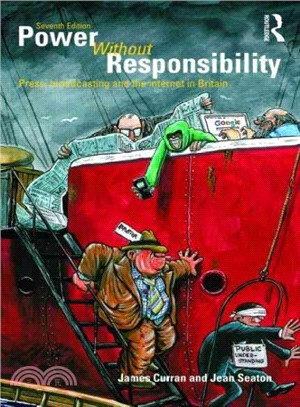 Power Without Responsibility is a classic introduction to the history, sociology, theory and politics of the media in Britain.

Hailed by the Times Higher as the 'seminal media text', and translated into Arabic, Chinese and other foreign languages, it is an essential guide for media students and critical media consumers alike.

The new edition has been substantially revised to bring it right up-to-date with developments in the media industry, new media technologies and changes in the political and academic debates surrounding the media. In this new edition, the authors consider:

Assessing the media at a time of profound change, the authors set out the democratic choices for media reform.

James Curran is Professor of Communications at Goldsmiths, University of London.

Jean Seaton is Professor of Media History at the University of Westminster.