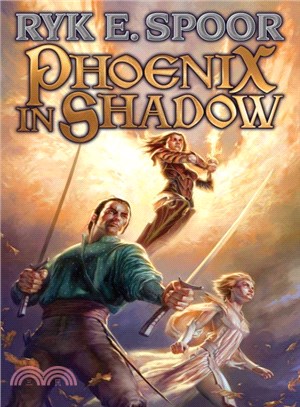 When Kyri Vantage, Phoenix Justiciar of Myrionar, with the help of her companions Tobimar Silverun of Skysand and the unexpectedly dangerous little Toad, Poplock Duckweed, defeated monstrous killer Thornfalcon and unmasked a conspiracy of treacherous False Justiciars, she knew the job was only partly done. A dark power stirs on the far side of the terrifying Rivendream Pass. Now, as the world shudders at the arrival of the Black City, of the King of All Hells, Kyri, Tobimar, and Poplock must venture beyond Rivendream Pass and into Moonshade Hollowa place from which none have ever returned. What they find there will challenge everything they believe in and conceals a menace they cannot imagine.

About Spheres of Influence:
“Fast and entertaining action and a world that has the feel of Asimov’s Foundation series.”—Sarah A. Hoyt, author of the Darkship saga

“Grand Central Arena’ is space opera in the grand old tradition . . . but with modern sensibilities and awareness of current speculations in cutting edge physics.”—Fantasy Book Critic

“. . . [the series is filled with] linguistics, biology, physics, and evolution further the story, as well as wacky humor, academic rivalries, and even some sweet romances.” —School Library Journal

The Balanced Sword Series
Phoenix Rising
Phoenix in Shadow
Ryk E. Spoor, while earning his masters degree in Pittsburgh, became a playtesting consultant and writer for the Wizards of the Coast, the leading publisher of role-playing games and related novels. He now lives in East Greenbush, NY, working as a technical proposal writer for a high-tech R&D firm, and spending his non-writer time with his wife and sons. Spoor is the coauthor with New York Times best seller Eric Flint, of the popular Threshold series of science fiction novels. Spoor's solo novels for Baen include Paradigms Lost, Grand Central Arena series entries Grand Central Arena and Spheres of Influence. He is also the author of epic fantasy Phoenix Rising.
PrevNext