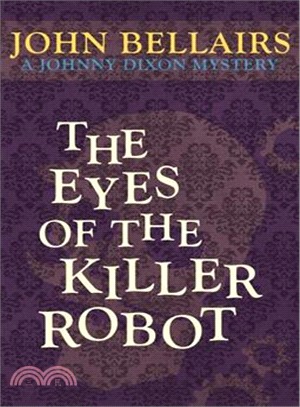 Decades ago, Evaristus Sloane invented a baseball-playing robot. It could pitch a fastball at a hundred and ten miles per hour, but it also had big, vacant, blue glass eyes that gave Johnny Dixon’s grandpa the willies. Now, fifty years later, in the fifth book of the Johnny Dixon mystery series, Johnny’s friend Professor Childermass puts the robot back together. It’s only after he puts its chilling eyes back in their sockets that the professor realizes his mistake—an evil killing machine has been awakened. Soon, Johnny gets kidnapped as the final part of Evaristus Sloane’s plan to bring his robot to life—using Johnny’s eyes. Can the professor and Fergie make it to Sloane’s mansion in time to save Johnny? Can they overcome the evil wizard’s most horrifying creation?

John Bellairs is beloved as a master of Gothic young adult novels and fantasies. His series about the adventures of Lewis Barnavelt and his uncle Jonathan, which includes The House with a Clock in Its Walls, is a classic. He also wrote a series of novels featuring the character Johnny Dixon. Among the titles in that series are The Curse of the Blue Figurine; The Mummy, The Will, and The Crypt; The Spell of the Sorcerer’s Skull; and others. His solo novel The Face in the Frost is also regarded as a fantasy classic, and among his earlier works are St. Fidgeta and Other Parodies and The Pedant and the Shuffly.
Bellairs was a prolific writer, publishing more than one dozen novels before his untimely death in 1991.