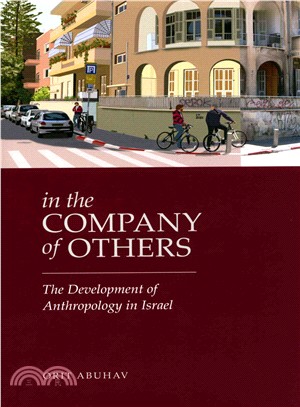 In Israel, anthropologists have customarily worked in their "home"—in the company of the society that they are studying.In the Company of Others: The Development of Anthropology in Israel by Orit Abuhav details the gradual development of the field, which arrived in Israel in the early twentieth century but did not have an official place in Israeli universities until the 1960s. Through archival research, observations and interviews conducted with active Israeli anthropologists, Abuhav creates a thorough picture of the discipline from its roots in the Mandate period to its current place in the Israeli academy.

Abuhav begins by examining anthropology’s disciplinary borders and practices, addressing its relationships to neighboring academic fields and ties to the national setting in which it is practiced. Against the background of changes in world anthropology, she traces the development of Israeli anthropology from its pioneering first practitioners—led by Raphael Patai, Erich Brauer, and Arthur Ruppin—to its academic breakthrough in the 1960s with the foreign-funded Bernstein Israel Research Project. She goes on to consider the role and characteristics of the field’s professional association, the Israeli Anthropological Association (IAA), and also presents biographical sketches of fifty significant Israeli anthropologists.

Dr. Orit Abuhav is senior lecturer at Beit Berl Academic College in Israel. She is a social anthropologist and former head of the Israeli Anthropological Association.
PrevNext