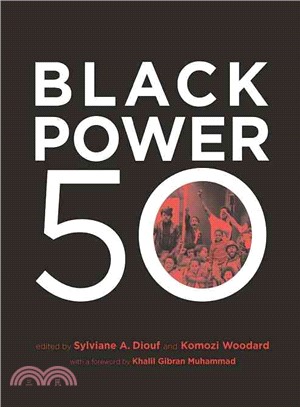 Black Power burst onto the world scene in 1966 with ideas, politics, and fashion that opened the eyes of millions of people across the globe. In the United States, the movement spread like wildfire: high school and college youth organized black student unions; educators created black studies programs; Black Power conventions gathered thousands of people from all walks of life; and books, journals, bookstores, and publishing companies spread Black Power messages and imagery throughout the country and abroad.

Black Power aesthetics of natural hair and African-inspired fashion, ornaments, and home decor—and the concept that black was beautiful—resonated throughout the country. The black arts movement inspired the creation of some eight hundred black theaters and cultural centers, where a generation of writers and artists forged a new and enduring cultural vision.

Published in conjunction with a major 2016 exhibit at New York’s Schomburg Center for Research in Black Culture,Black Power 50 includes original interviews with key figures from the movement, essays from today’s leading Black Power scholars, and more than one hundred stunning images from the Schomburg’s celebrated archives, offering a beautiful and compelling introduction to the history and meaning of this pivotal movement.
PrevNext