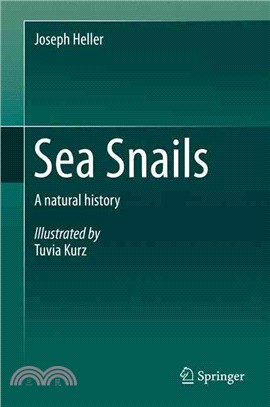 This richly illustrated book presents the diversity and natural history of sea snail groups. By integrating aspects of morphology, ecology, evolution, and behaviour, it describes how each group copes with problems of defence, locomotion, nutrition, reproduction, and embryonic development. First come general characteristics of the Mollusca, to which snails belong; and next, characteristics by which snails (Gastropoda) differ from other molluscs. Then a broad, panoramic view of all major sea snail groups, from the primitive to the more advanced, is presented, including both the more abundant and some remote ones of special interest. In detailing primitive sea snails, first limpets (Patellogastropoda) are described, followed by brush snails (Vetigastropoda: top-shells, turbans, and allies) and nerites (Neritimorpha), a small group with remarkably high variation in shell colour and in habitats. In looking at advanced-snails (Caenogastropoda), it details the herbivorous grazers and filter-feeders and the many voracious predators, some which use venomous darts. The book also covers sea slugs (Opisthobranchia), which have shifted from mechanical to chemical defence; some are herbivores, some use their food to harness solar energy, others are predators that gain stinging cells and poisonous compounds from their food. In addition, readers will learn about aspects of sea snails in human culture, including use as sacred artefacts and objects of magic and money, as a source of the royal and sacred dyes of purple and blue, and as holy ceremonial trumpets. The text, in which scientific terms are accompanied by parallel common ones, is accompanied by over 200 illustrations (mostly in colour). This comprehensive, insightful portrait of sea snails will appeal to marine biologists, zoology lecturers and students, biology teachers, field-school instructors, nature reserve wardens, amateur naturalists, as well as to lecturers and learners of human culture.
PrevNext