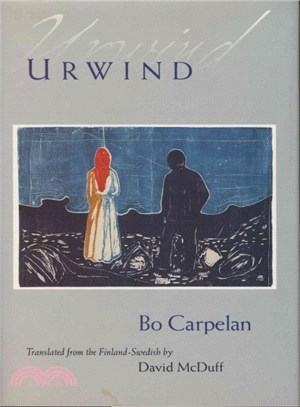 Urwind comprises fifty-three letters from Daniel Urwind, an aging bookseller, to his wife, who has left him for an indeterminate spell of greater freedom and study in the United States. The wife's absence haunts the letters, which are often tales of Daniel's daily rituals. Yet Daniel's narration of such mundanities--changing the bookshop window dressing, or housekeeping--approaches magical realism; memories of his wife, fantasies, bad dreams, monologues, and dialogues with the living and the dead coalesce in a complex layering of experience, past and present. Urwind is a construct worthy of Bachelard'sPoetics of Space, and a painful chronicle of the ending of a love.

Baron Bo Gustaf Bertelsson Carpelan (25 October 1926 – 11 February 2011) was a Finnish poet and author. He published his first book of poems in 1946, and received his Ph.D. in 1960. Carpelan, who wrote in Swedish, composed numerous books of verse, as well as several novels and short stories. Carpelan died of cancer on 11 February 2011. In 1997, he won the Swedish Academy Nordic Prize, known as the 'little Nobel'. He is the only person as of yet to have received the Finlandia Prize twice. He won the 2006 European Prize for Literature. His poem, Winter was Hard, was set to music by composer Aulis Sallinen.