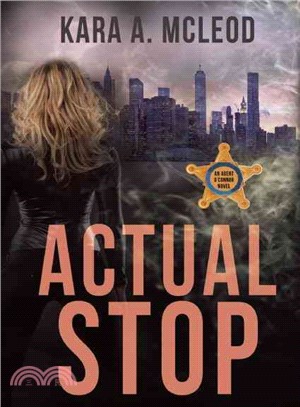 Special Agent Ryan O’Connor’s life is exactly on trackshe’s with a wonderful woman, and she’s doing something she loves. Sure, her boss can’t stand her, but she figures if that’s her biggest problem, she’s pretty damn lucky. She should have known it was too good to last and that when fate finally slapped her, it would do so hard enough to leave a mark.

When Ryan’s ex-girlfriend, Special Agent Allison Reynolds, suddenly reappears in New York, her carefully constructed world is thrown into chaos. As they’re forced to work together, Ryan is compelled to confront several realities that she wishes she could avoid. One of which is that it’s terrible to mix the past with the present. The other is that it’s not only the past that paints the present with lead.
Kara A. McLeod is a badass by day and a smartass by night. Or maybe it’s the other way around. Or quite possibly neither. A Jersey girl at heart, Mac” is an intrepid wanderer who goes wherever the wind takes her. A former Secret Service agent who decided she wanted more out of life than standing in a stairwell and losing an entire month every year to the United Nations General Assembly, she currently resides in an RV with her straight best friend and two ferocious dogs searching hither and yon for the meaning of life, the nearest comic con, and the world’s best margarita.
PrevNext