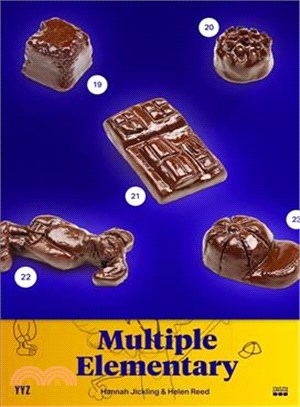 Multiple Elementary documents an experimental artist project that took place in a Canadian elementary school, reflecting upon questions that arose from working in the school context through a series of essays, illustrations and follow-up writing by the students. Exquisitely designed, featuring an extending cover that doubles as a poster, the book beautifully reflects the unique creative exercise undertaken by the artists.

For five months, artists Hannah Jickling and Helen Reed were artists-in-residence at a sixth-grade class in downtown Toronto. The residency was designed to explore the intersections of social practices in art practice, knowledge production, pedagogy and school”. The project undertaken by Reed and Jickling proposed that a collaboration with students could be aesthetically, conceptually and pedagogically rigorous with consequence for contemporary artists, curators and critics beyond the artist-in-the-school’ paradigm.

Reed and Jickling took the Grade Six social studies curriculum, Canada and it’s Trading Partner”, as a point of departure for as series of artists’ multiples and interventions that explore the Canadian economy within an investigation of international trade and commerce. Students were approached as artists and collaborators in their own right, rather than non-participating subjects. With these students, Reed and Jickling embarked on a co-developed and multifarious inquiry process, which resulted in the creation of a series of chocolate artist multiples called Ask Me Chocolates.

Helen Reed: Helen Reed works with specific communities such as Twin Peaks fans, lesbian separatists, and high school art teacher candidates. In each project, collaboration is a working process from which the artwork emerges. Reed has exhibited in the US at apexart (New York) and Smack Mellon (New York).