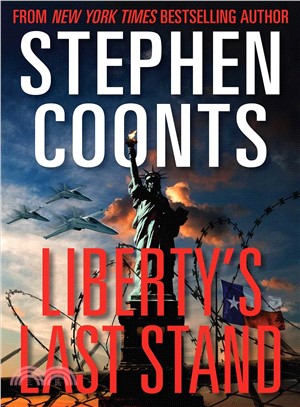 In the wake of an assassination attempt by a decorated sniper on the eve of a presidential election, Jake Grafton and Tommy Carmellini risk everything to uncover a massive conspiracy while helping a new resistance movement rise up against a new enemy. By a
Stephen Coonts is the author of 17 New York Times bestsellers. Mr. Coonts' career took off with the publication of his wildly popular Vietnam War thrillerFlight of the Intruder, which spent 28 weeks on The New York Times bestseller list and was later made into a blockbuster film starring Danny Glover and Willem Dafoe.Flight of the Intruder was inspired by Mr. Coonts' own experiences flying an A-6 Intruder plane in Vietnam.

Born in 1946, Stephen Paul Coonts grew up in Buckhannon, West Virginia, a coal-mining town of 6,000 population on the western slope of the Appalachian mountains. He majored in political science at West Virginia University, graduating in 1968 with an A.B. degree. Upon graduation he was commissioned an Ensign in the U.S. Navy, and received his Navy wings in 1969.