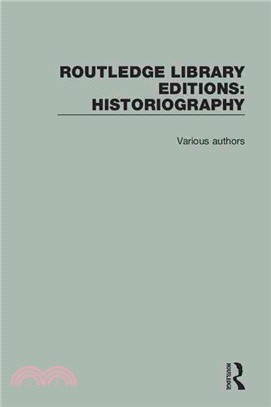 The greatest problem in historical scholarship, theoretically and practically, is the relation between historians and their subject matter. The past is gone and historians can only study its remnants. On what basis do scholars select certain facts from the mass of data left from the past? How do they explain the interrelationship of the facts they select? What criteria do they use to evaluate their subject? The 35 volumes in this set, originally published between 1926 and 1990 discuss and answer these essential questions faced by historians.

The development of historical understanding during the 18th and 19th centuries was one of the most striking features of Western culture. Both historiography and historical thinking advanced as never before. The historial movment of the 19th century was perhaps second only to the scientific revolution of the seventeenth century in transforming Western thought. One consequence was extensive organisation and professionalization of research, which the volumes in this set reflect.